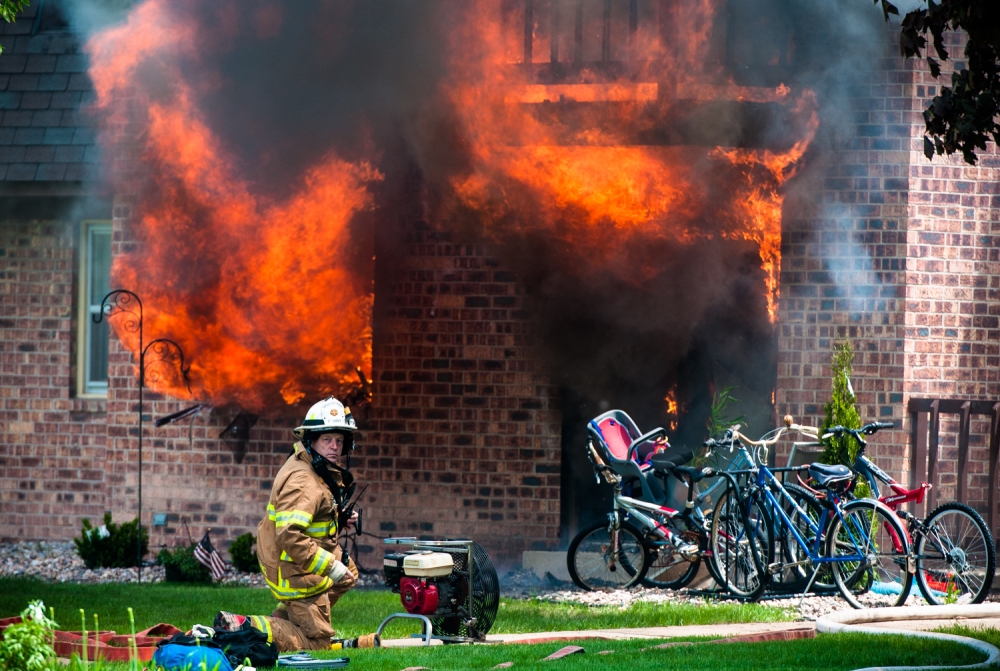 (First off, sorry for that headline pun, I just had to do it.)

I kind of blew it yesterday.

Unlike other mistakes I’ve made as a photojournalist, I doubt many people will notice. But the lapse in thinking still bothers me.

Yesterday around 11 I got word of an apartment complex fire in the nearby town of Allouez. For about the first hour or so, firefighters seemed to have the fire under control—they even had residents come back to the complex saying it was nearly under control—until they placed fans inside to force out the smoke. Soon, after the increased ventilation fueled the fire, the apartment was up in flames and the fire department wasn’t so keen on how close I was standing to the blaze. 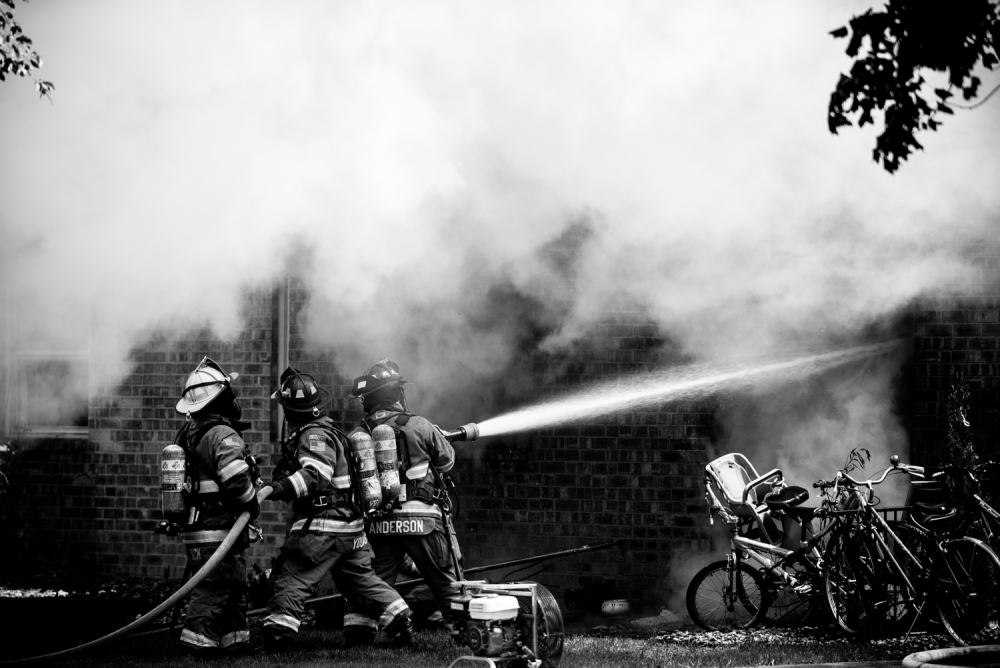 I stepped back and started shooting the smoke and flames as they kept growing. In the midst of all this though, I forgot about the residents. Well, I didn’t really forget about them, but from where I was standing, I didn’t see any bystanders who were from the apartments, there were just neighbors gawking at the spectacle. And since the earlier part of the fire led me to believe that the damage wasn’t going to be as serious as what it turned out to be, I didn’t actively seek to find any of those affected. 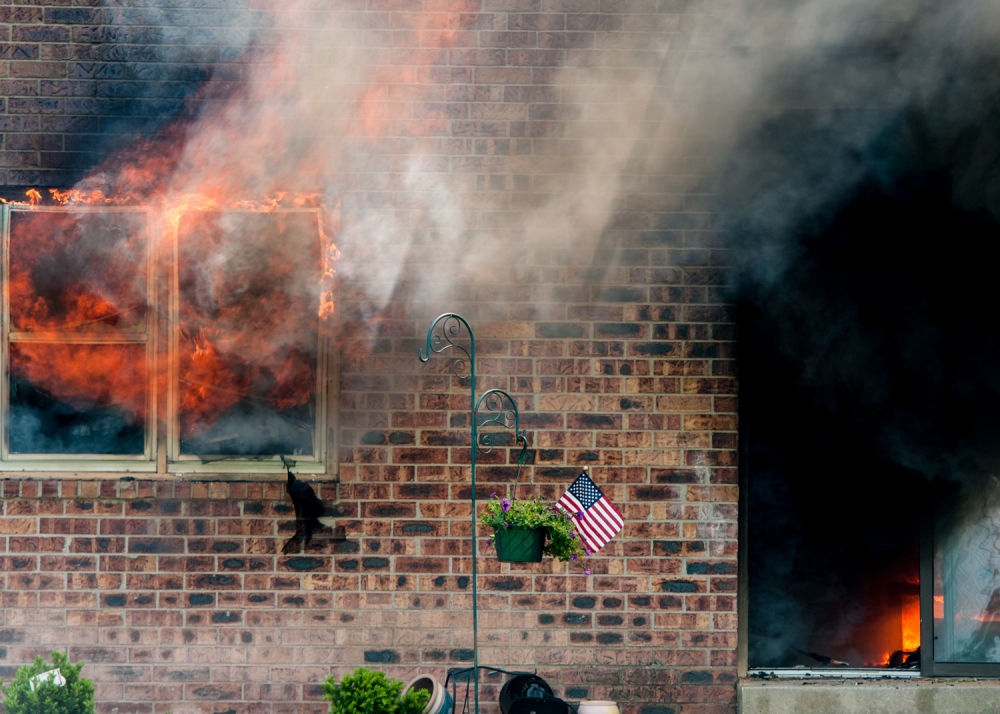 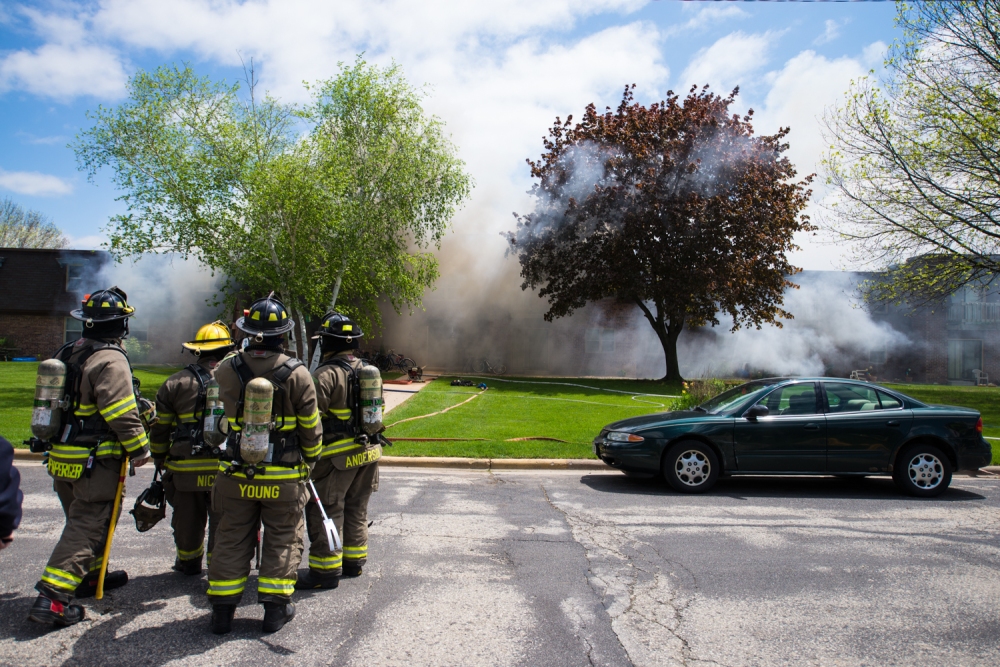 It’s a mistake that only I’m really going to notice (one of our other photographers got a great shot of a couple of the residents). But considering I want to do a follow-up story on how this fire impacts the dozens of people from the apartments, I’m still kicking myself for not just staying an extra 10 minutes and wandering the premises one more time. Some of that mistake is due to the breaking news world we live in now, where immediacy is demanded and expected from readers and editors—I was in too much of a hurry to get back to the office and upload content for the website. Being in a hurry to do that is never worth it. 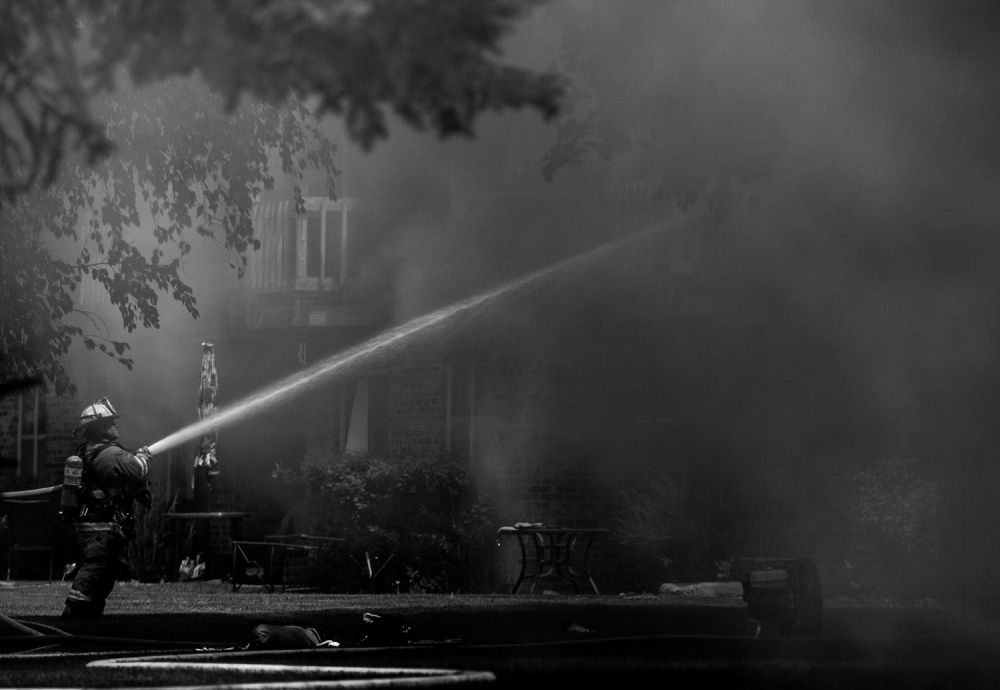 But the rest is due to me still growing as a photojournalist. I’m still young and learning, and these sort of mistakes are just a part of that.