BUCKS IN SIX
A few photo highlights from biking and hiking around Glacier National Park
Today was a good reminder that when it comes to lighting simpler is usually better.
Another rendition of trying to make research labs look like hip nightclubs so people pay attention to cool research
I joke with our writers that recently they seem to only find stories that are visually difficult to photograph. Well, this story on two Loyola researchers studying peripheral neuropathy treatments definitely fell into that category. One researcher focuses on our gut microbiome and its affect on managing nerve pain; the other on acupuncture to stimulate blood flow in extremities. Thanks to both of them for taking time away from doing important things so that I could play around with lights and prisms.
Just dropping in to say spring has arrived in Chicago. That's all, carry on.

Before I began shooting the Madhatters Spring Concert last night, I realized that it was my last time shooting a Madhatters show as a student. As more evidence that I’m getting old, I now recognize more of the Madhatters alumni that show up to the concert than I do their current members. With only a month to go before I graduate just about everything is making me nostalgic.

It was fitting that my last concert as a student finished where it began, at the Overture Center. Better lighting. More space. Cooler venue. But also, limited access and nagging ushers. You can’t have it all.

I tried to take full advantage of the lighting and colors at the Overture. I almost missed the start of the concert because I was playing around with the lights backstage, which seem to be pretty just for their own sake (they can only be seen from backstage). 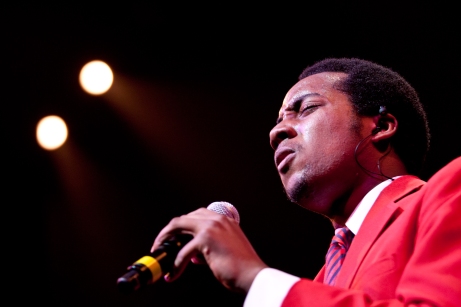 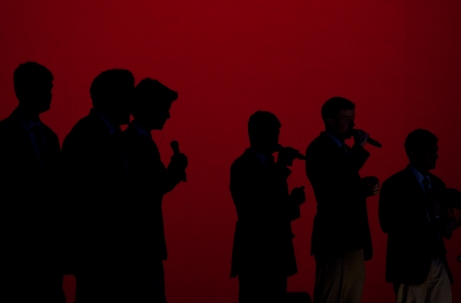 One of my favorite moments while shooting came at the end of the concert as a senior Madhatter wrapped up his solo for his last performance of his college career. I just happened to be in the right place to capture a nice wide-angle shot as he waved goodbye. It’s not the best photo from the night, but I know it will have meaning and memories — and that’s always a nice thing to be able to give people as a photographer.

I’ve thoroughly enjoyed shooting every Madhatters concert since my freshman year, and I hope to continue doing so as long as I’m able (and they let me).

Thanks again to the Madhatters for consistently putting on a great show and making my job easy. I hope I’ve provided many of you with photos you’ll enjoy for years to come.