Way back in 2009 when I was just a college youth at the University of Wisconsin, I stumbled across the existence of the UW Quidditch team, which practiced (of course) by the Lakeshore dorms on campus. Though I wasn’t a fan of the Harry Potter books or movies, I still knew that I wanted to photograph them for the student newspaper I worked at. As expected, it was very goofy.

Fast forward to 2018 and Loyola’s run to the Final Four brought a lot of attention to Loyola’s school colors/patterns, which look basically identical to Gryffindor’s in Harry Potter. There were lots of wholesome memes created around the fans and it got me thinking of how we could continue to capitalize on this attention. Immediately I thought, “I bet Loyola has a quidditch team,” which you can probably guess from reading this post that, in fact, Loyola does have a quidditch team, and they are as delightfully quirky and weird as the UW crew I encountered years before. Now that I knew of their existence, the next hurdle was convincing our department that spending any amount of time on this story was worth it. 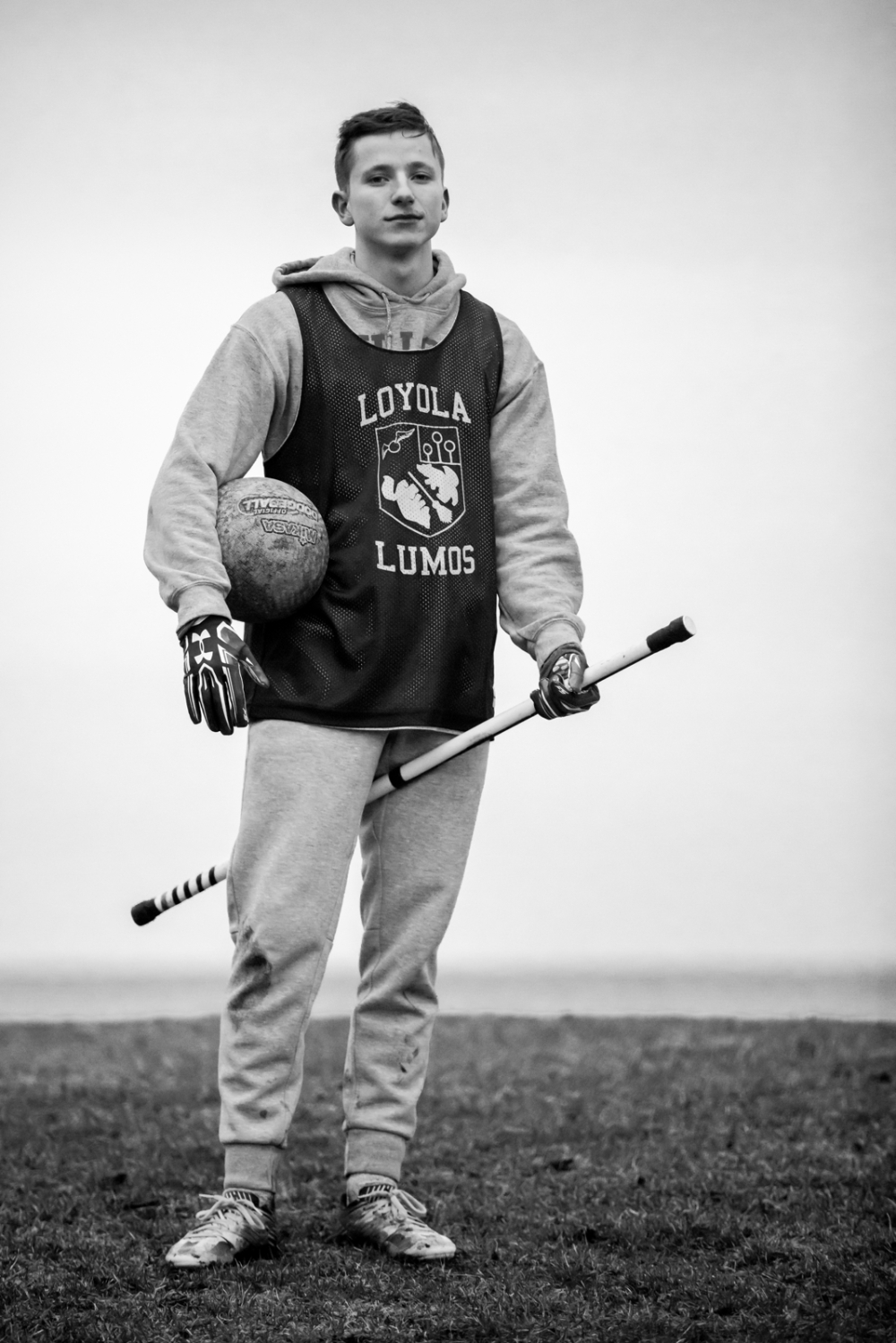 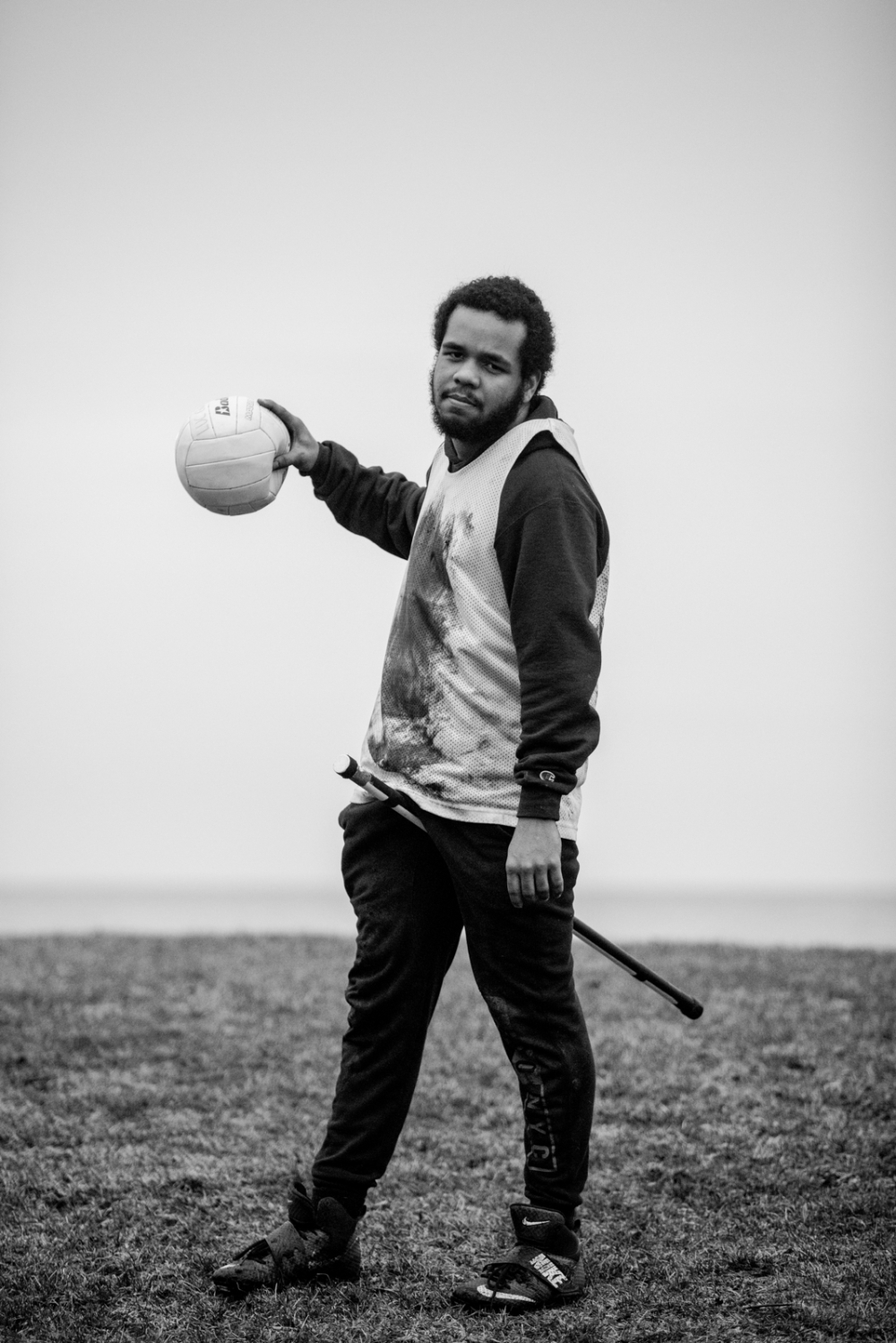 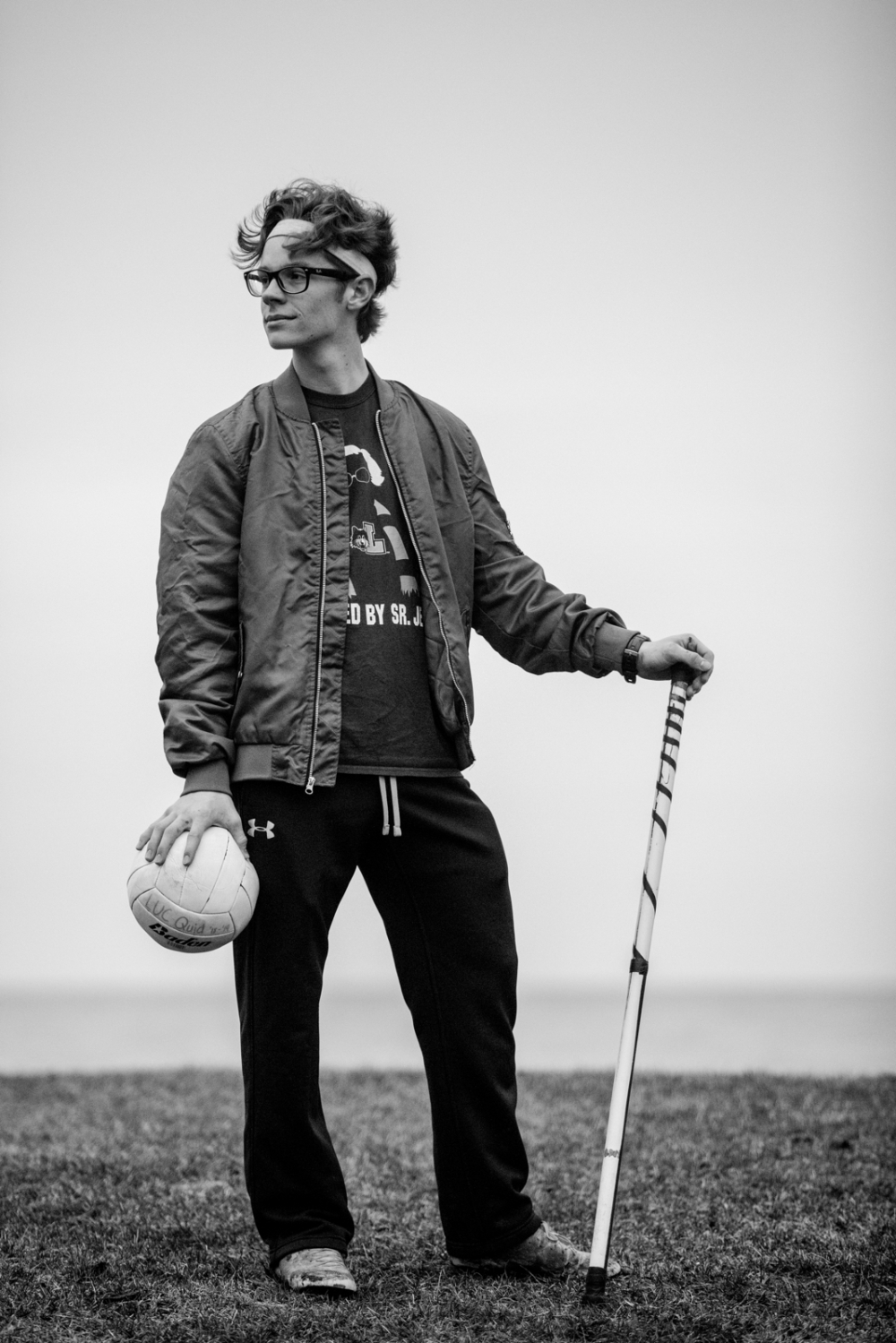 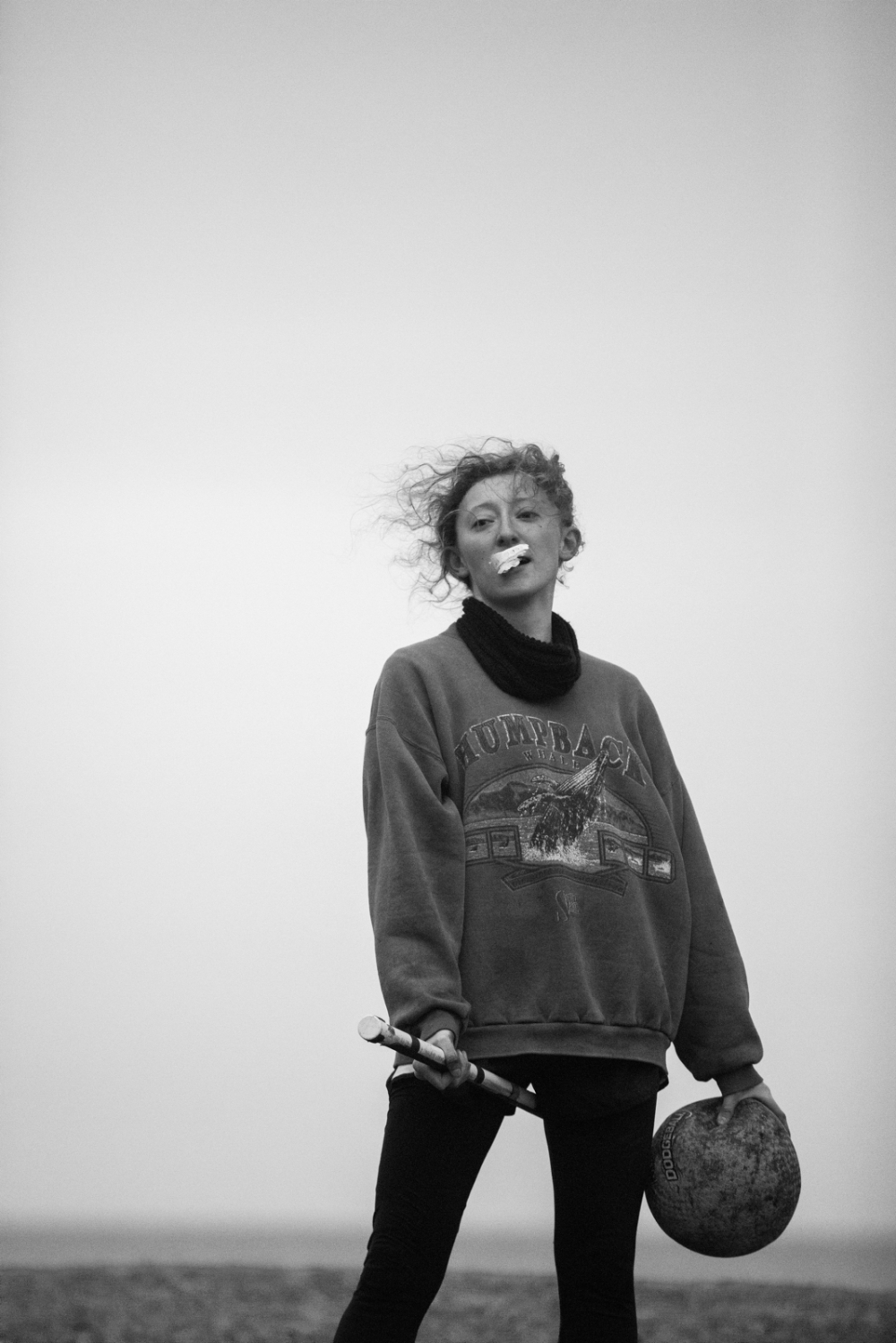 In our weekly content marketing meeting, I tried pitching the quidditch story in the most serious manner I could. It sparked a rambling discussion on the ridiculousness of the sport existing at all, followed by a few laughs, followed by an eventual perception that I didn’t seriously want to spend my time on this story. So week after week, I brought it up as a serious pursuit that I knew would do very well on our social channels. I failed to convince anyone, so I decided to just work late one day and photograph their practice to see what came of it. 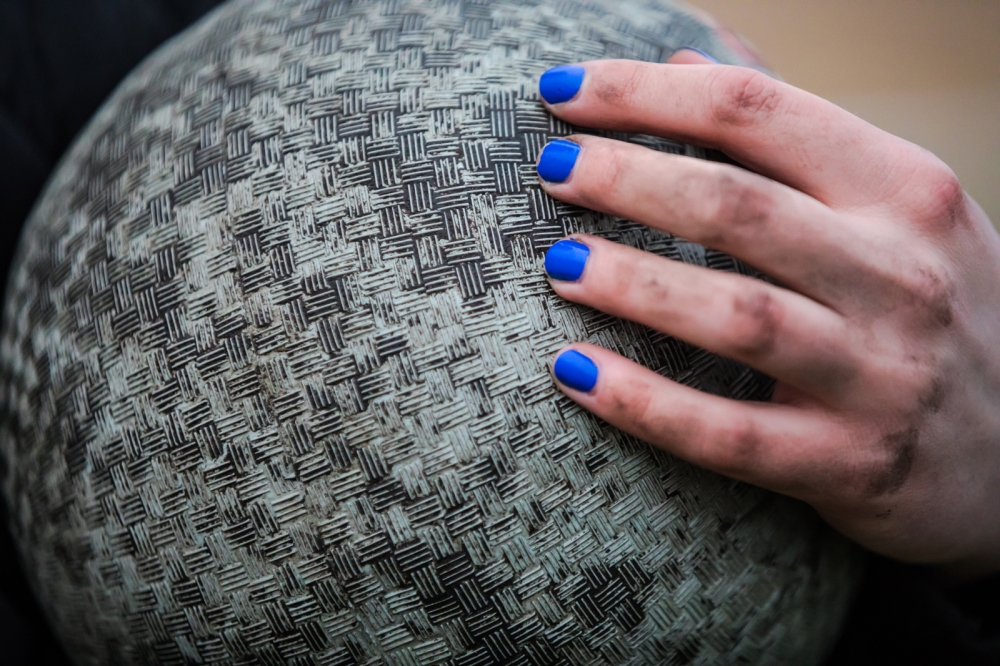 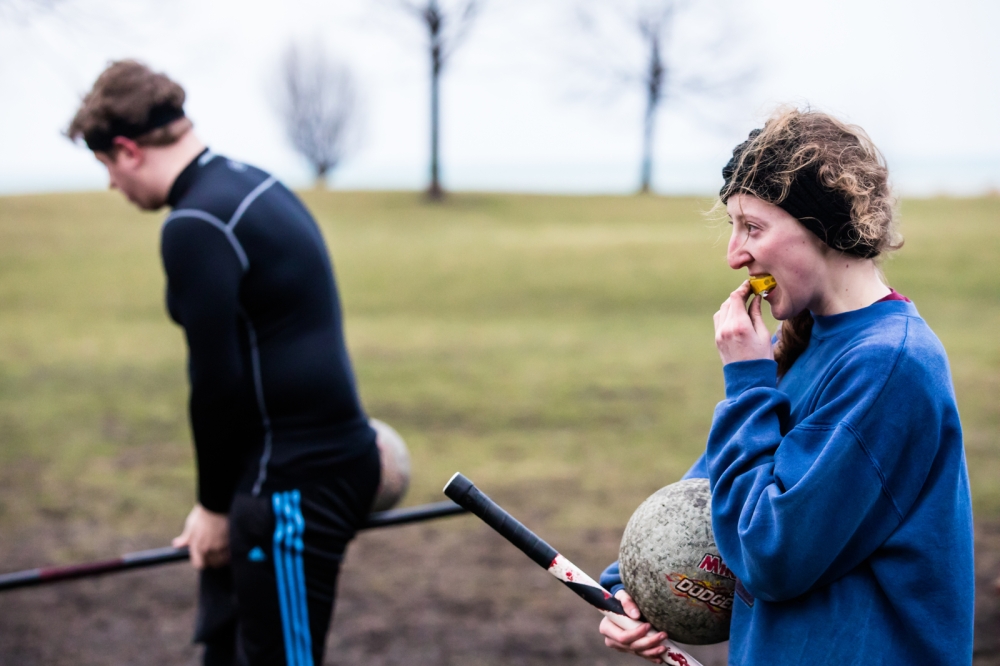 The overcast weather and muddy conditions gave me an idea to do a little portrait series with a few of the players, and once I got back to the office to edit, I knew I was on to something. The players really bought into my vision of taking a relatively unserious sport seriously, and the mood I captured from them was hilarious enough to get the go-ahead from my editor.

I followed up with the players to photograph one of their tournaments in Grant Park in Chicago and got to see a further glimpse into the sport’s ecosystem of players. Besides everyone’s undying enthusiasm for the game, I was struck by the relentless sportsmanship—teams huddle to yell various “good game!” and “thank you!” chants to opposing teams, and for the most part self-report any fouls. Family and friends also traveled long distances (as far away as Iowa City) to cheer on their team. Very wholesome stuff. 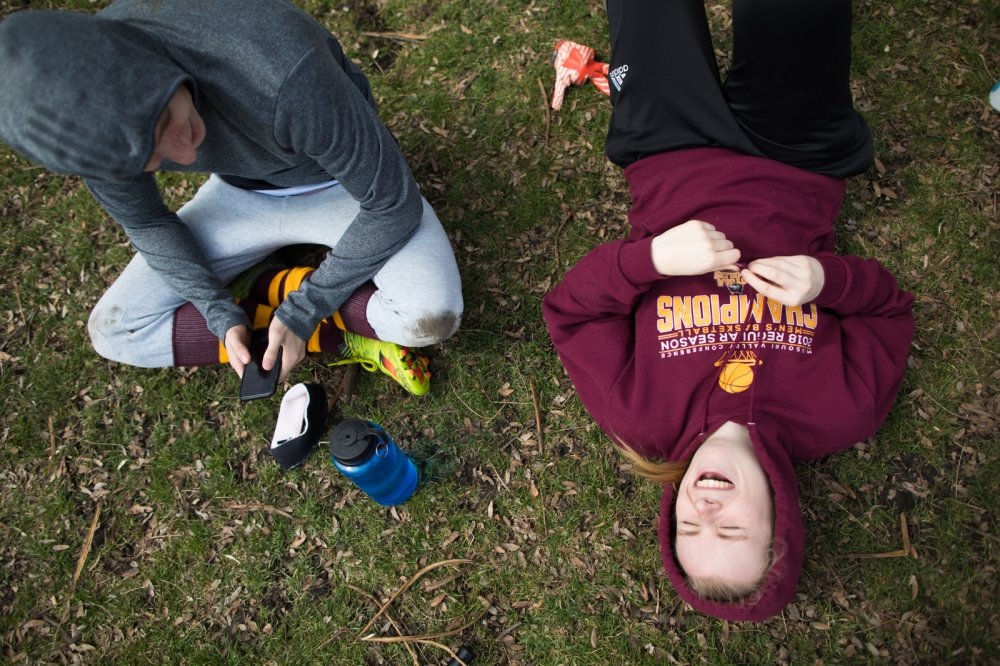 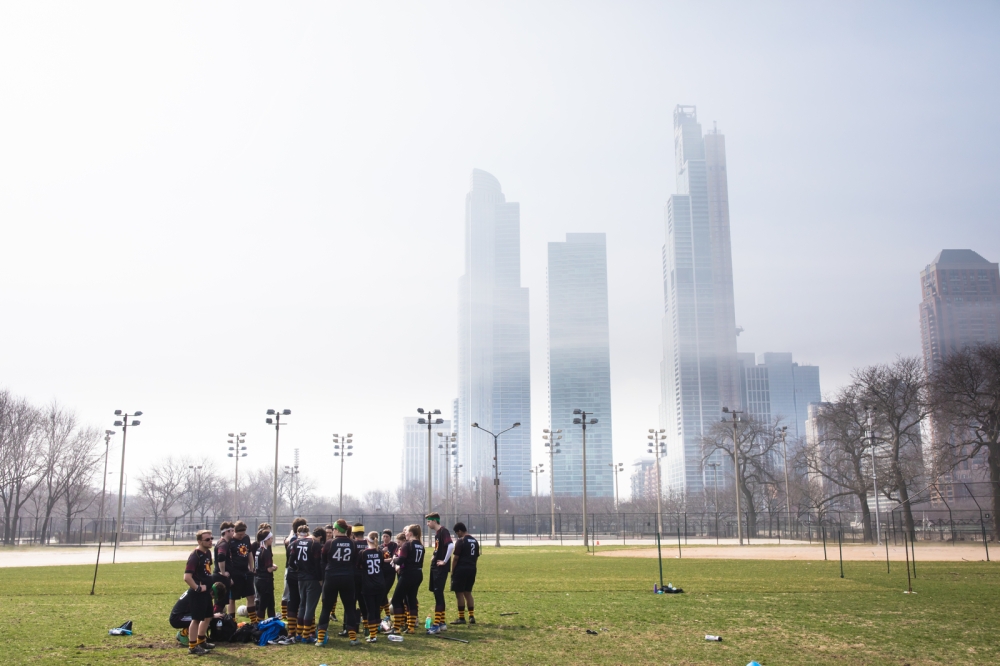 If you haven’t given quidditch a watch, I would highly suggest it since it is much more entertaining than many broadcast sports (looking at you golf, NASCAR, baseball and bowling).